The Go Between, with Hilary Kneale 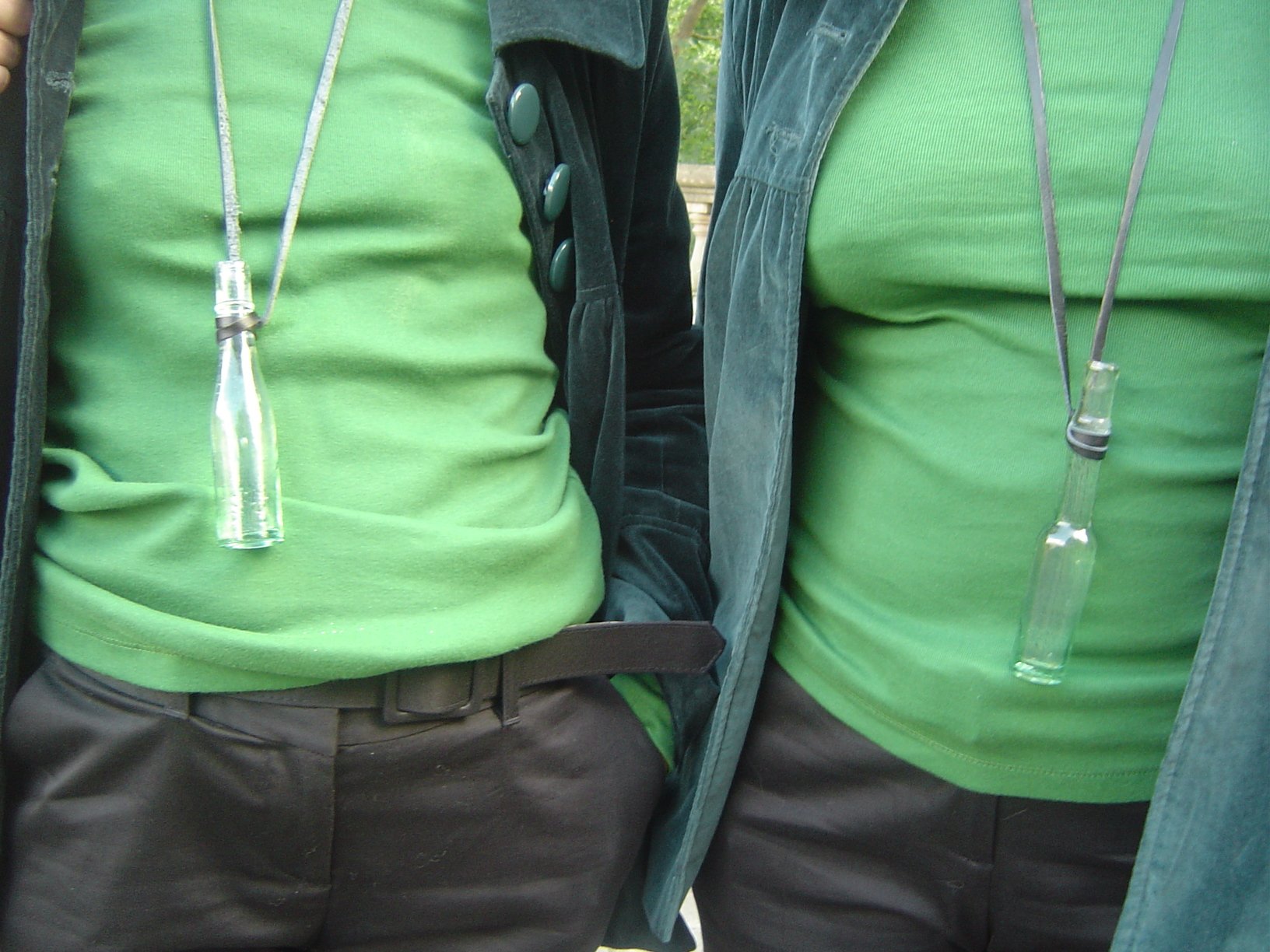 “The conversation of the gods! - I didn't resent or feel aggrieved because I couldn't understand it. I was the smallest of the planets, and if I carried messages between them and I couldn't always understand, that was in order too: they were something in a foreign language - star-talk.”

From The Go-Between LP Hartley

A collaboration with artist Hilary Kneale on a body of work called The Go-Between. The work took place in Oxford and Bonn and was inspired by L. P. Hartley’s book The Go-Between, in which a young boy is drawn into an illicit love affair, by becoming a messenger between two lovers. The young boy becomes complicit in the love affair which is gradually uncovered.

The artists initially collected water from the Thames in silence amongst their fellow city dwellers, transporting the water as fluid messengers over land to Bonn. Their arrival in The City of Bonn began a further walk in silence to exchange the water of the Thames for the water of the Rhine. Thus the cities and their inhabitants exchanged their water aided by The Go-Betweens. Inhabitants of Oxford and Bonn were invited to witness the ritual, with the work ending when they returned to Oxford, to deposit the water from the Rhine into the Thames.

Mercury covered his tracks by creating hoof tracks travelling in the opposite direction to his own travel. The artists wear shoes with heels upon the toes of their shoes, entering into a journey carrying the river water - from here to there and there to here.  The Thames and Rhine was at one time joined as one, in a continuous flow, when the landmasses were connected, with The Thames being a tributary of the Rhine. As the artists travelled transporting the liquid, their feet moved forward and their shoes left imaginary prints as if they were already returning, masking the beginning and end of the action and creating a continuum.

Through this ritual form of exchange and transfer, the artist’s embody the role of the messenger as they "go between countries". These actions of ceremony, collecting and exchanging of water between the two cities, raise questions concerning the notion of a cross national connection, encompassing the idea of the 'between space' of travel through countries' borders, land and language.

The Go-Between was included in Umfeld-Inwelt at the Frauen Museum and at the sites of rivers Thames and Rhine. Catalogue published by Frauen Museum, Bonn, Germany

Read more here on the blog 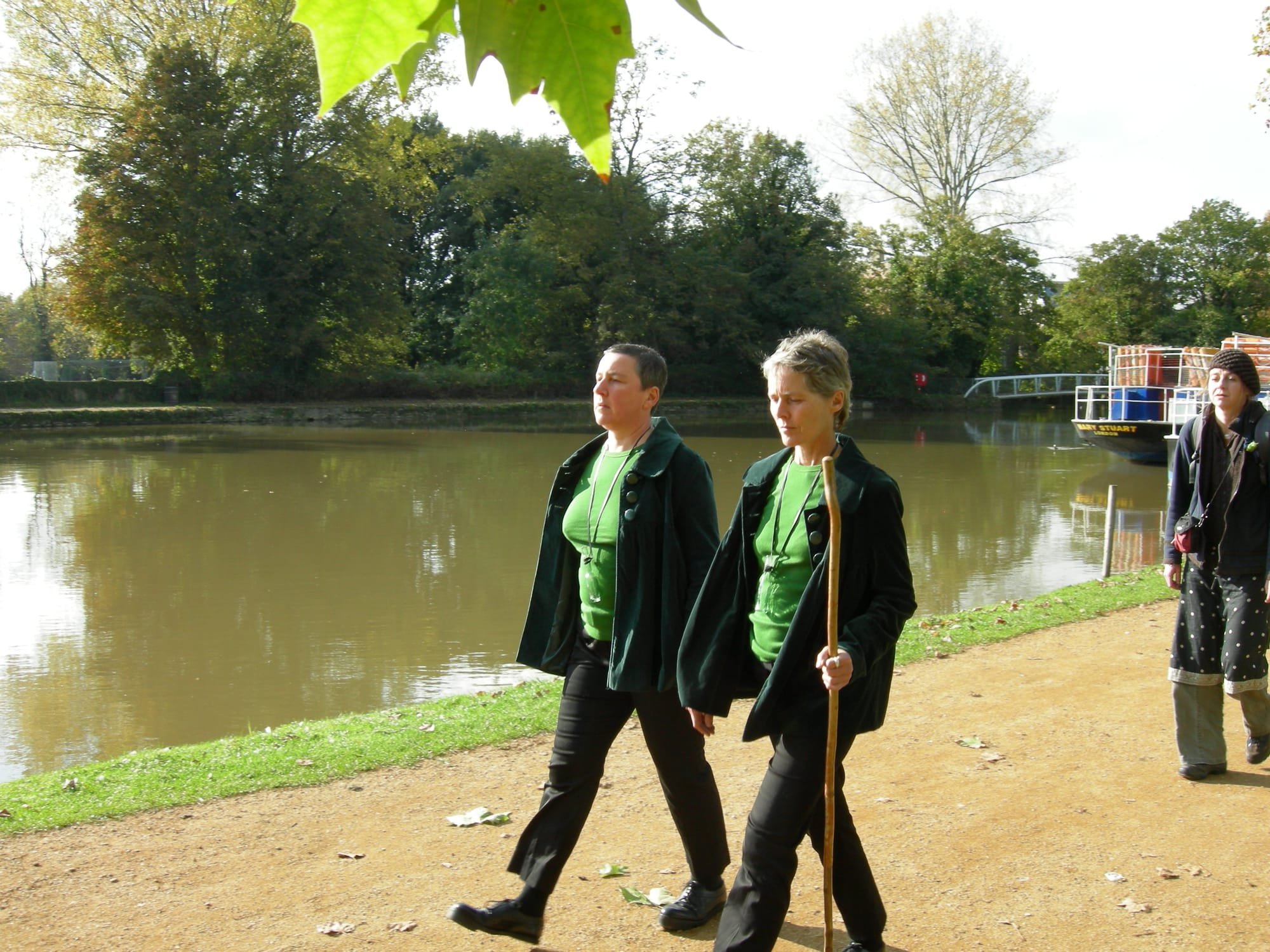 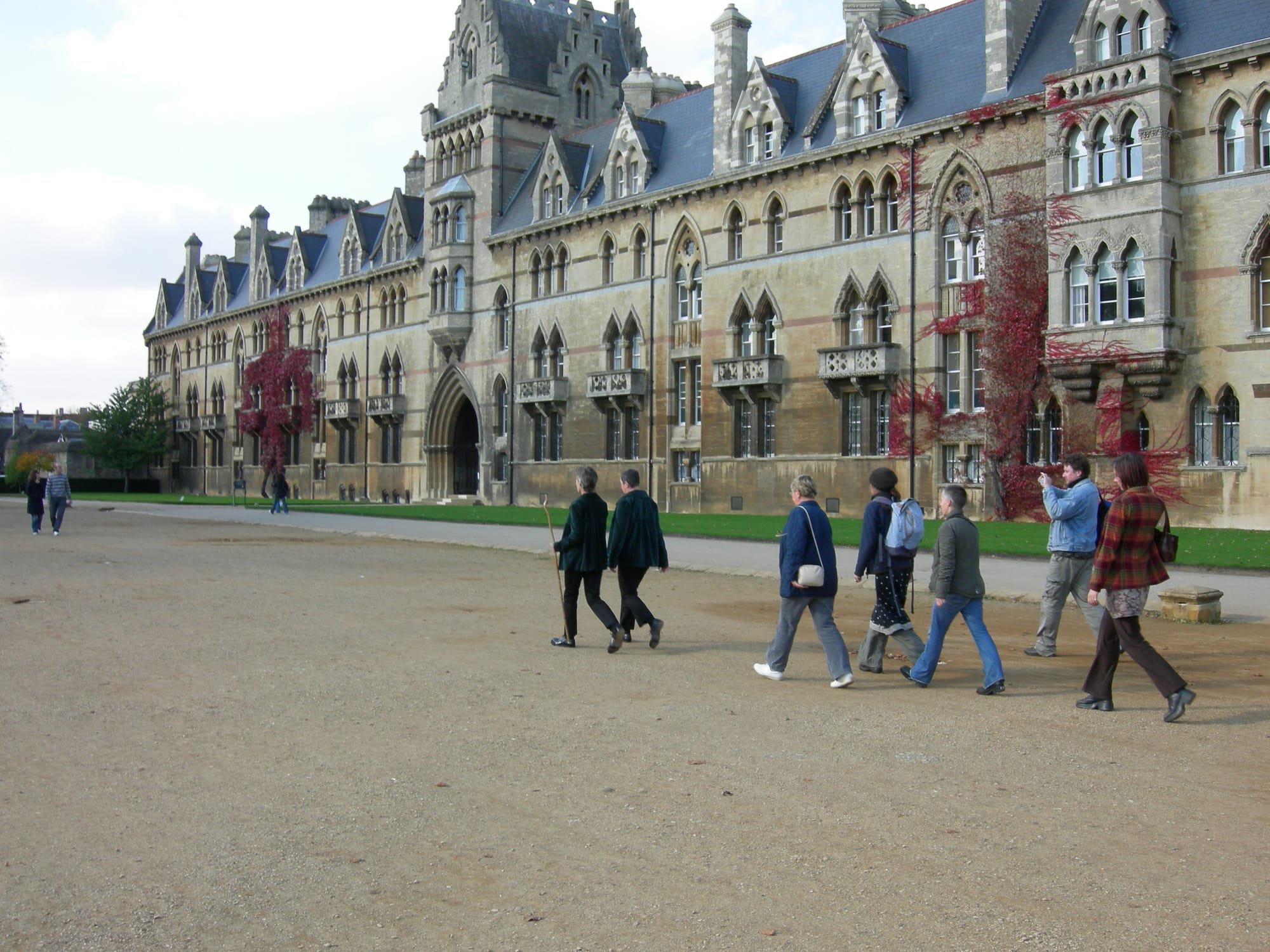 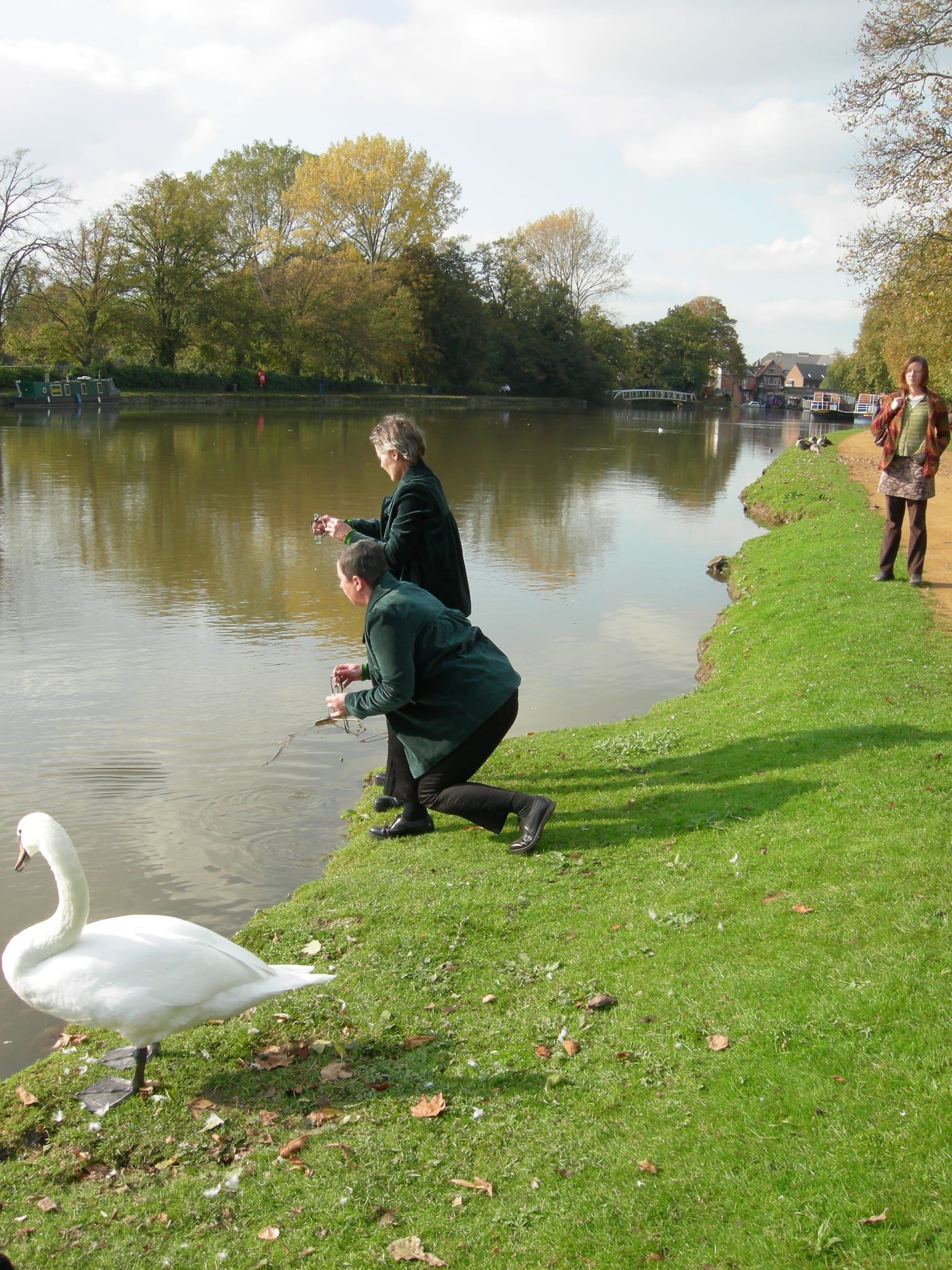 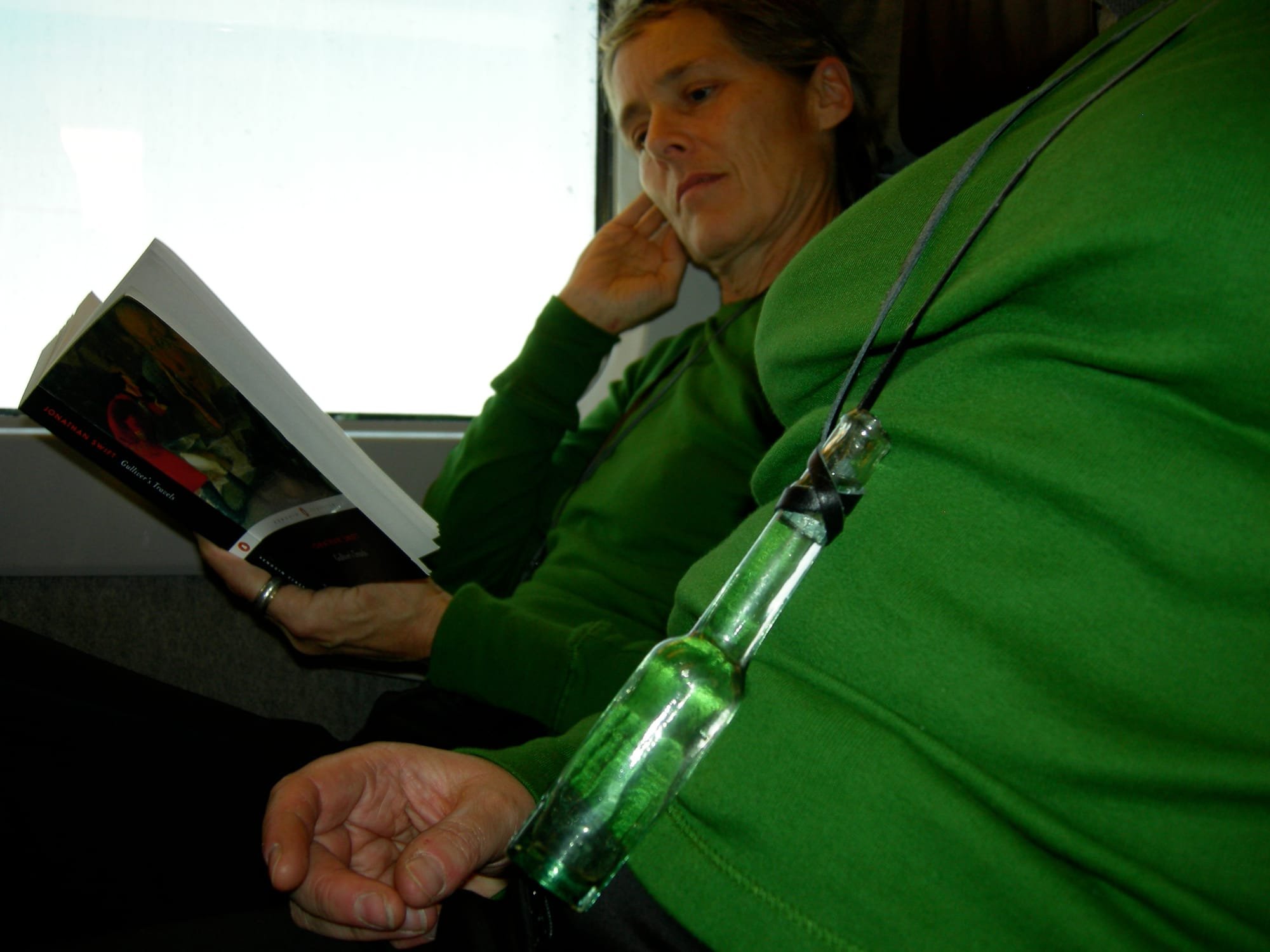 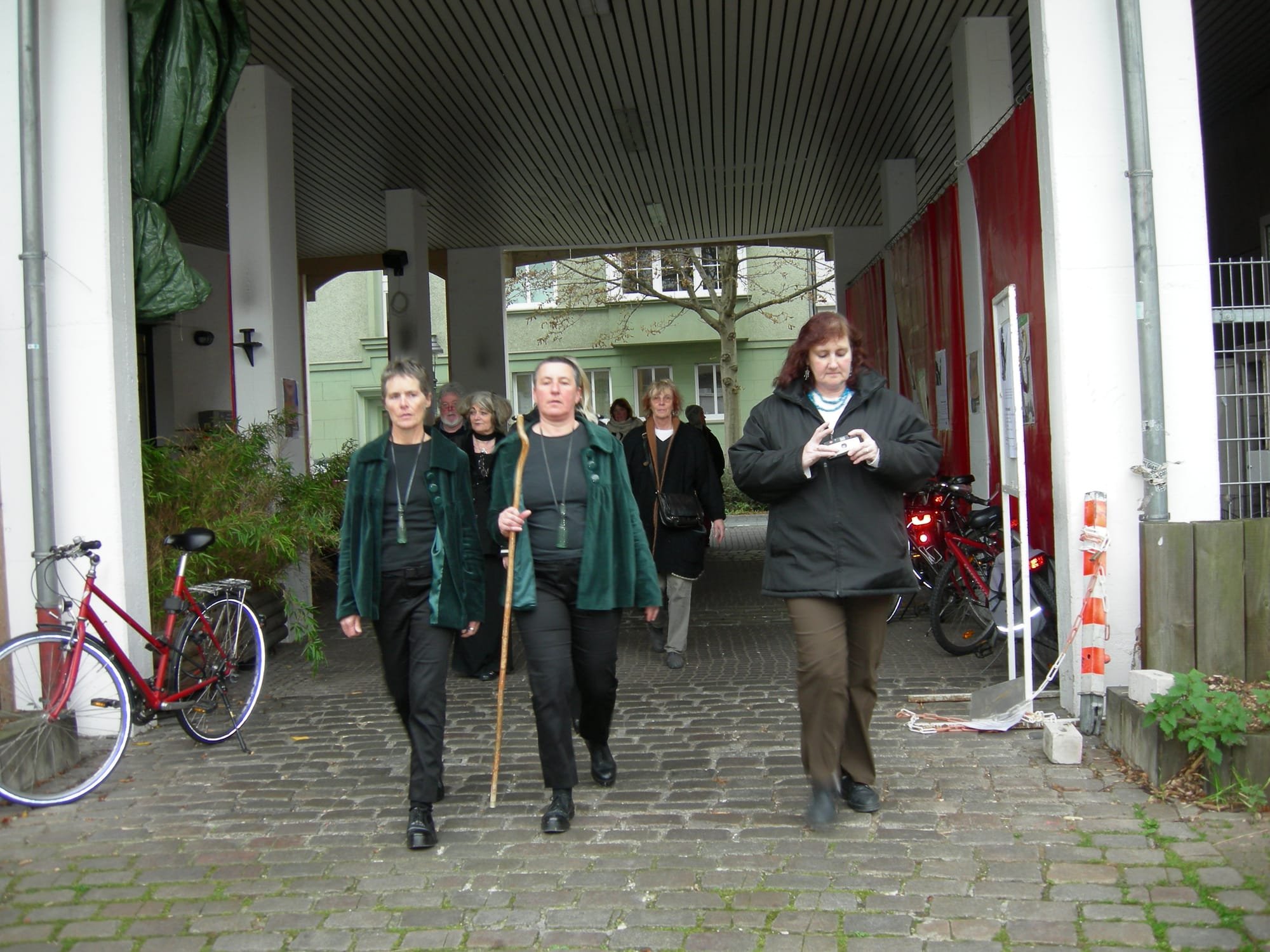 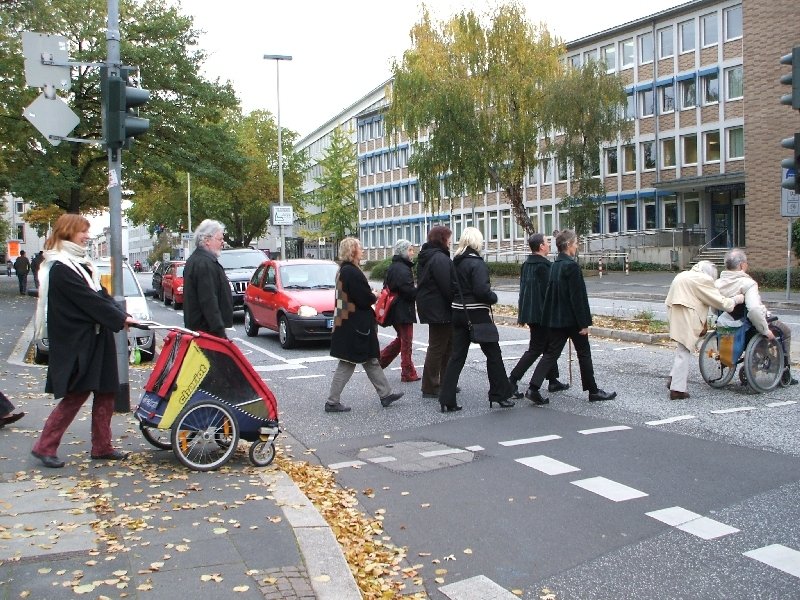 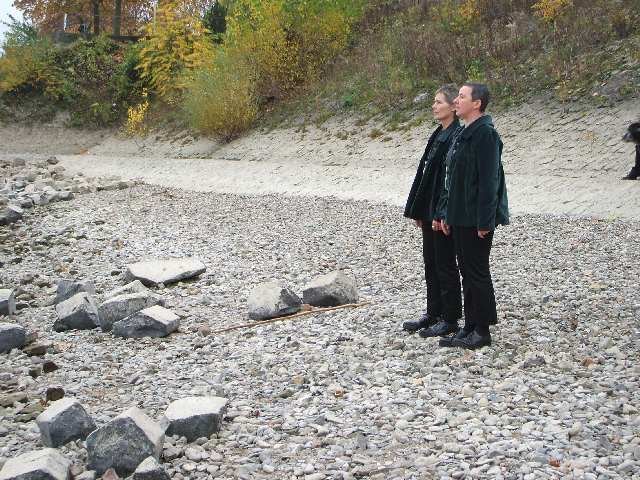 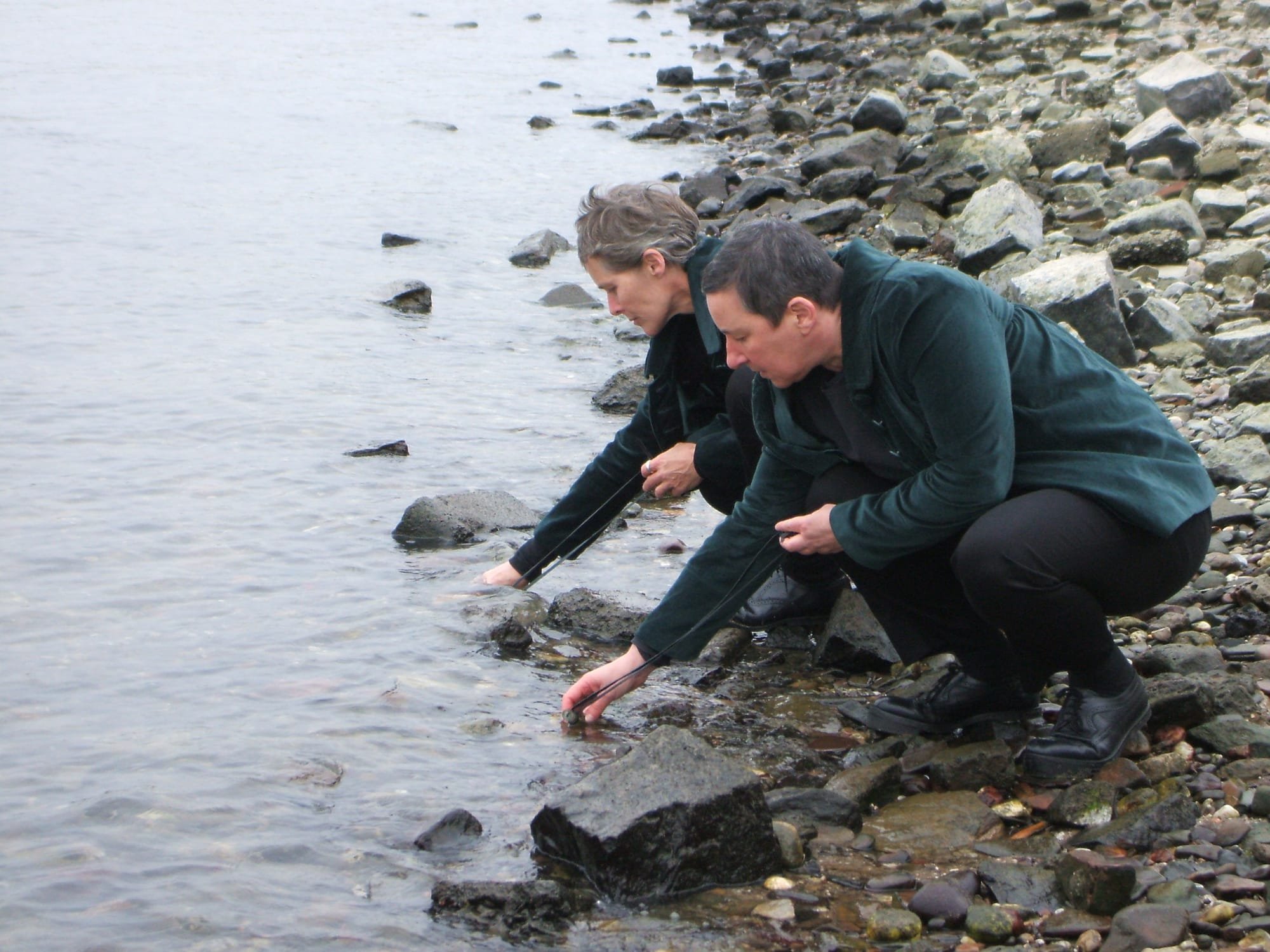 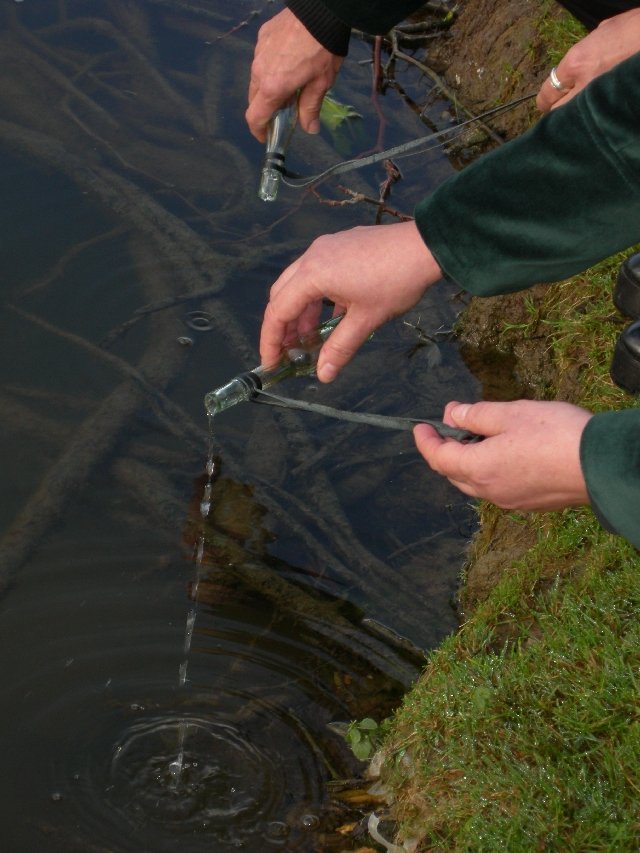 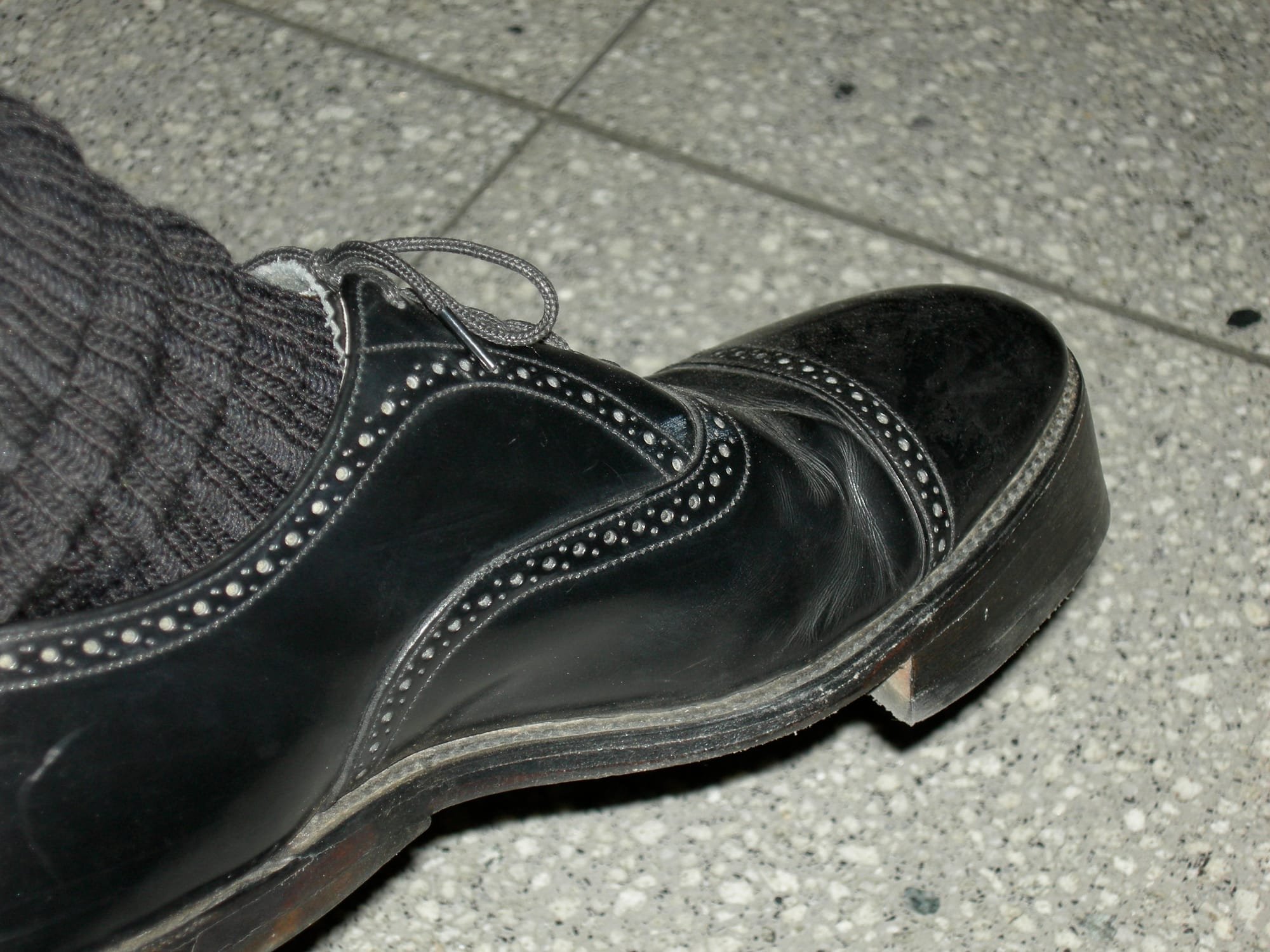 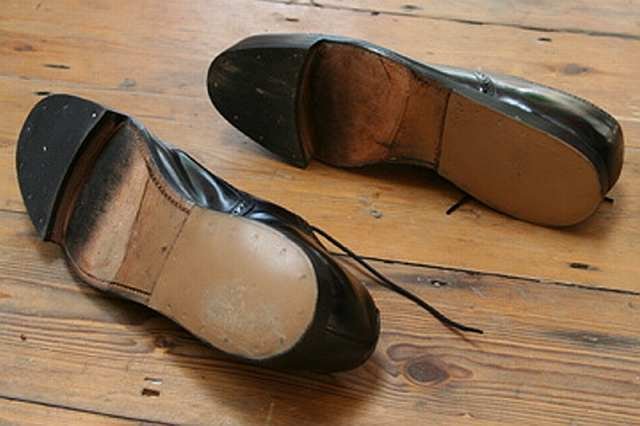